Returning A House To Its Former Glory

I’ve been meaning to write a few more blogs than the zero I’ve put down this last year, but it’s been a very busy year!

In the coming months, there will be a few additions to this webpage, including a video, as well as a new page detailing a new service we’re offering, and a subject I’d like to discuss today: wood window restoration.

If you’re fortunate enough to live in a house built before 1960 that still has its original windows, but they’re looking past their prime, don’t replace them!  Restore them!  As I’ll write about in forthcoming blog posts, the original windows of your home provide aesthetic value and extremely comparable energy performance compared to the new windows manufactured today, when properly fitted with a storm window.  Further, by not replacing your windows with disposable vinyl windows, you prevent enrolling your house in the 20 year window replacement plan (if you’re lucky enough to purchase new windows that last 20 years), saving countless dollars and hundreds of pounds of windows from ending up in a landfill.  Study after study has confirmed there’s virtually no reason to replace your original windows with any of the new windows manufactured today.  Since windows account for only ten percent of your total energy bill, you will not gain any energy performance in new windows that can justify the monetary and aesthetic costs of losing the beauty of your original wood windows.

I’ll discuss more on that later.  I want to shift to a case study of a house we’re working on.  (Some of you may recognize this house, and even know the owner, wink wink).  This 1941 Aksarben brick house is a charmer, but the original windows were covered with aluminum storm windows and casing.  The homeowner is a purist (that’s an adjective of endearment), and wanted to return the house to its former glory, and have all the windows and trim returned to wood instead of aluminum.  The new storm windows will be made of Spanish cedar and will hang off the brick moulding in a traditional manner, rather than the current aluminum storm windows which are screwed to the blind stop.

This is an ongoing project, so we’ll be posting throughout the next few months to show the transformation.

So far, we’ve removed the casings and storm windows, and have been thrilled to see the original brick moulding and sills are very much intact.  A few slight epoxy repairs should, in time, restore each trim piece and sill back to original. 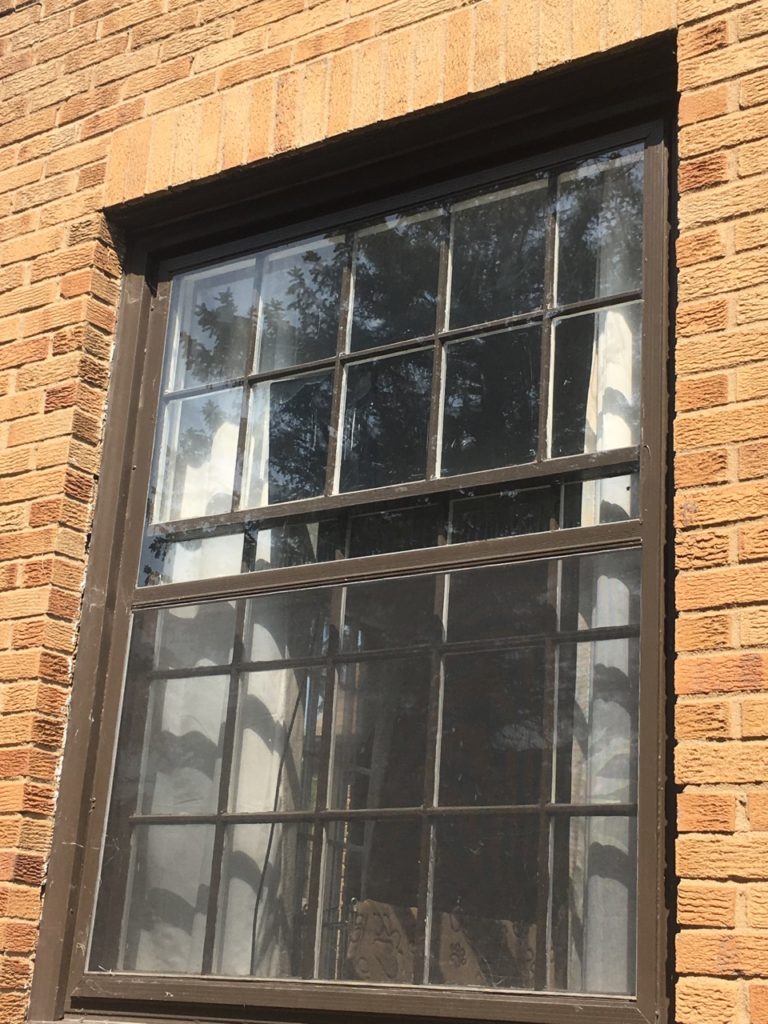 Here is an example of the existing aluminum storm window.  Notice how the meeting rail of the storm sash simply splits the size of the window in half, whereas the primary sash meeting rails for this 10-over-15 window are  above the storm window meeting rails.  This is not good. 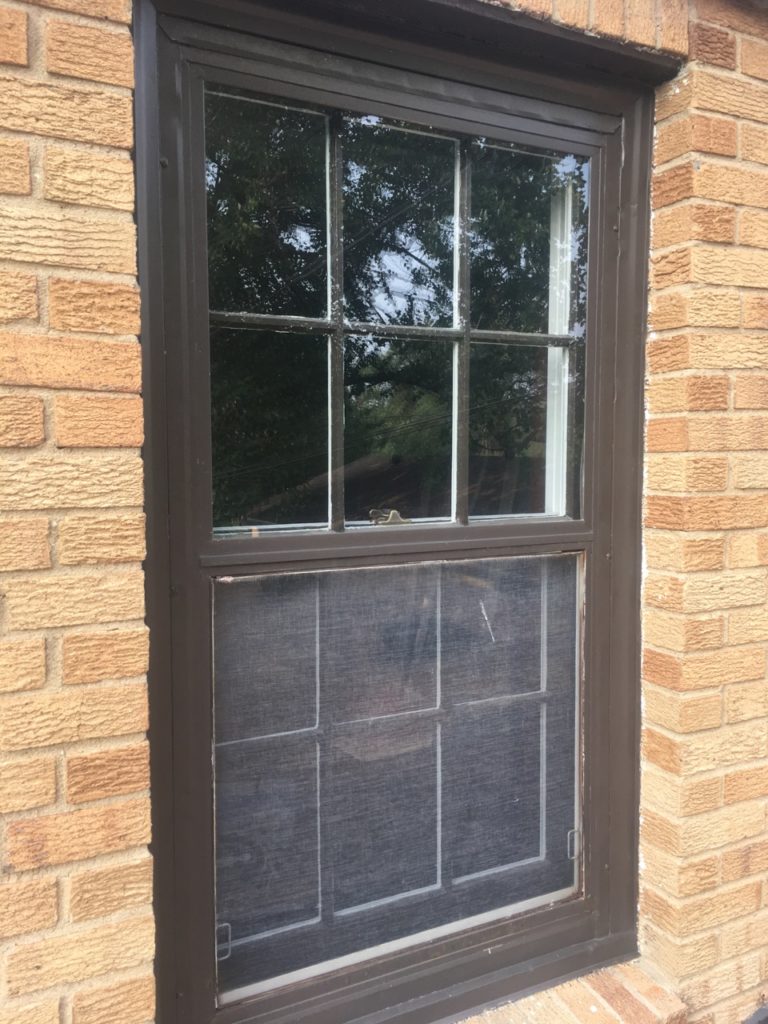 Here’s an example of the aluminum storm window casing and double track aluminum storm sash with screen.  The aluminum is extremely effective, however, it is plain and hides the contours of the brick moulding and sill.  Not to mention, it covers up any potential rot, blocking the homeowner from seeing the problem and performing routine maintenance. 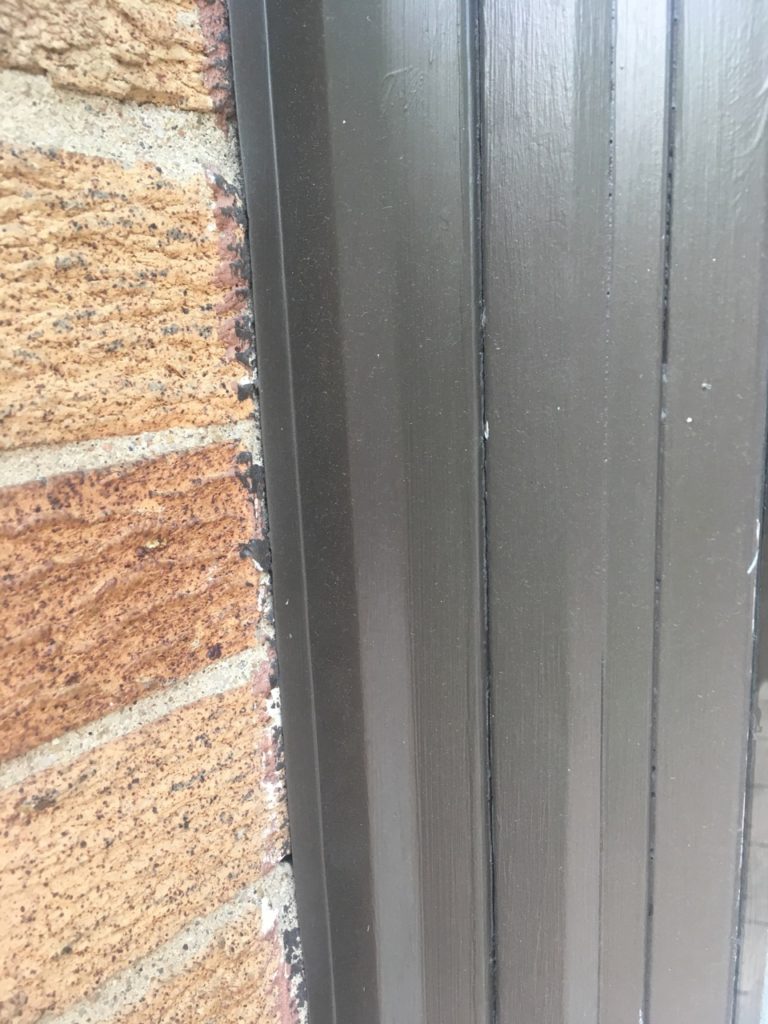 A closeup of the aluminum casing meeting the storm window stile.  It seems lifeless–shapeless. 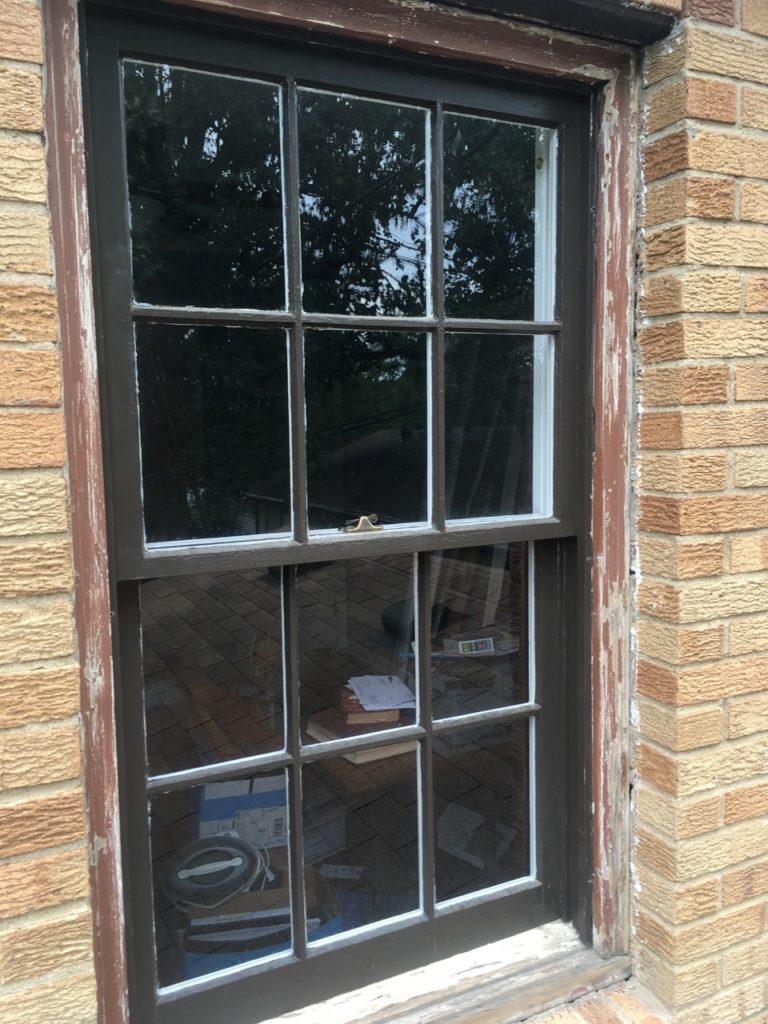 With the aluminum casing, sill, and storm removed, the primary sash shines.  The contours of the original brick mould take shape.  And, with a little patching and painting, the subtle difference of switching from aluminum to wood should make this house stand out amongst her peers. 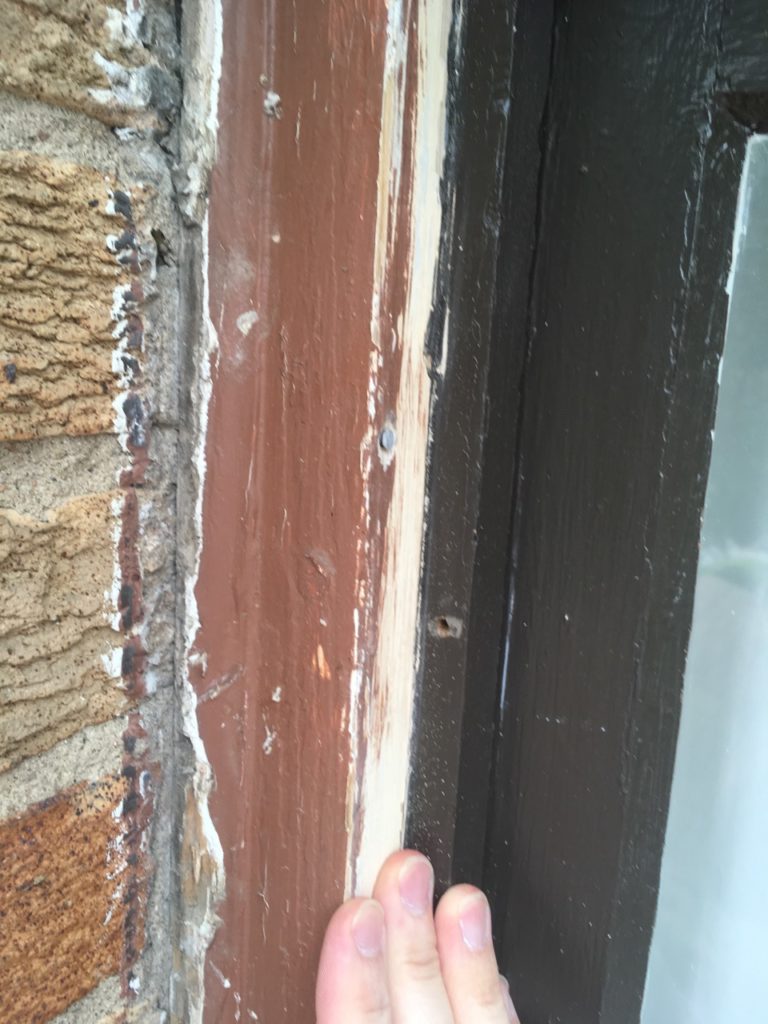 A closeup of the moulding profile.

Now that the aluminum is no more, the original wood moulding will be scraped, sanded, patched, sanded, primed, and caulked before finish coating.  The Spencerworks traditional wood storm windows are on order, and should arrive just in time before the season changes for the colder.

This site uses Akismet to reduce spam. Learn how your comment data is processed.